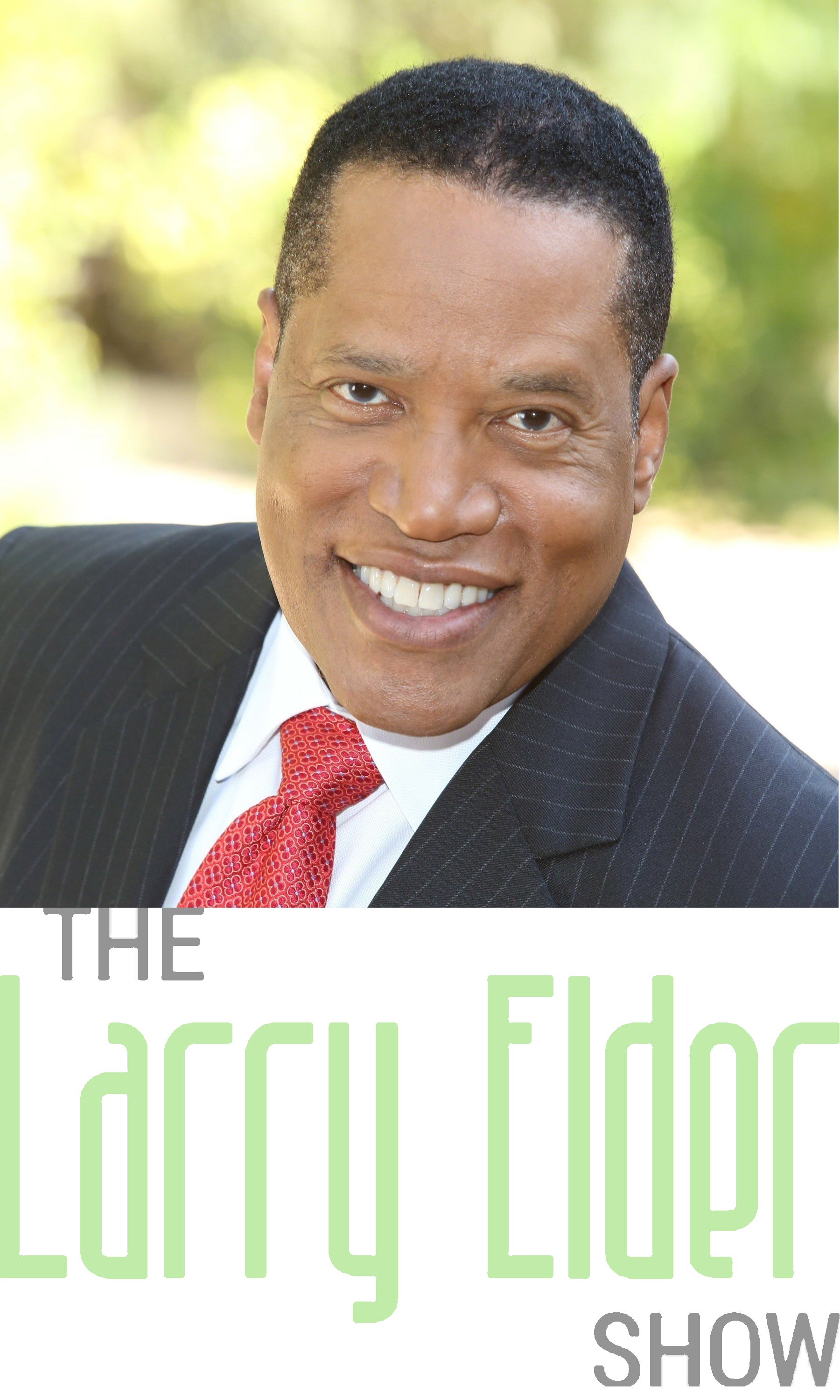 A “firebrand” according to “Daily Variety,” best-selling author and radio talk-show host Larry Elder has a take-no-prisoners style,using such old-fashioned things as evidence and logic. Larry shines the bright light of reasoned analysis on many of the myths and hypocrisies apparent in our system of government, our society, and the media itself. He slays dragons and topples sacred cows using facts, common sense and a ready wit.

Larry, the recipient of a star on the Hollywood Walk of Fame, has hosted the longest-running afternoon drive time radio show in Los Angeles, beginning in March, 1994. “The Larry Elder Show,” a top-rated daily program from 12 noon to 2 p.m. (PT) on CRN with a re-broadcast on KRLA AM 870 inLos Angeles from 9pm to 11pm (PT) in Los Angeles, and is also available to his fans — the Elderados — via audio podcasts at www.larryelderado.com. Known to his listeners as the “Sage From South Central,” Larry sizzles on the airwaves with his thoughtful insight on the day’s most provocative issues, to the delight, consternation, and entertainment of his listeners. The “Sage” engages political and cultural leaders in meaningful debates over race, government,personal responsibility and education that have elevated the talk radio genre.A blend of fiscal conservative and social liberal-with attitude-Elder’s limited government/personal responsibility views have fueled controversy and made him one of the most in-demand radio personalities cable news pundits in the country.

In his best-selling book, The 10 Things You Can’t Say in America, Larry skewers the crippling myths that dominate the public agenda.Larry punctures all pretension, trashes accepted “wisdom” and puts everyone on notice that the status quo must be shaken up. In his second book, Showdown:Confronting Bias, Lies and the Special Interests That Divide America, Larry again takes on the Nanny State, “victicrats” and the politically correct. His third book, What’s Race Got to Do with It? Why it’s Time to Stop the Stupidest Argument in America, is praised as an important, groundbreaking must-read for the future of race relations in America. His latest book, Dear Father, Dear Son: Two Lives, Eight Hours, is a deeply moving, personal story of anger and reconciliation with his dad, who grew up fatherless and was kicked out of his house at 13 years old, on the eve of the Great Depression in the Jim Crow South. Elder also writes a nationally syndicated newspaper column distributed through Creators Syndicate.

The son of a janitor, Larry was born and raised in South Central Los Angeles. He attended Brown University, receiving a BA in Political Science in 1974. He then attended University of Michigan, School of Law,graduating in 1977. After graduation, he worked with a large law firm in Cleveland, Ohio, where he practiced litigation. He then opened “Laurence A.Elder and Associates,” a business specializing in recruiting experienced attorneys. At the same time, he hosted a topic-oriented television show in Cleveland, first on PBS, then on the local Fox affiliate.

Larry created, directed and produced his first film,“Michael & Me,” a documentary that examines the history and use of guns in America. It was released in August, 2005.

Larry was host of the television show, “Moral Court,”distributed by Warner Brothers Television. In the fall of 2004, Warner Brothers returned Elder to daily television with “The Larry Elder Show,” an hour-long,multi-topic show that brought common sense, sound advice and realistic, workable solutions. Elder was the subject of profiles by both “60 Minutes” and “20/20.”In 1999 he received a Los Angeles area Emmy for “Best News Special.” He was the reporter for several episodes of the groundbreaking PBS “National Desk” series,including “Redefining Racism: Fresh Voices From Black America.” His PBS work earned him a 1998 AEGIS Award of Excellence, a 1998 Telly award, and a 1999 Emerald City Gold Award of Excellence.

Larry has established the Larry Elder Charities, anon-profit organization that will contribute to groups and individuals offeringnon-government, self-help solutions to problems of poverty, crime, poor parenting, dependency, and education.