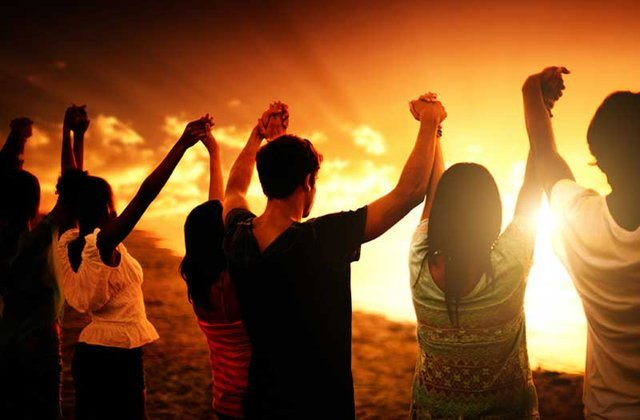 'Without A Vision The People Perish'

'Without A Vision The People Perish'

About the vision of the Patriot Union.

We are at a crossroads in human history.  Certain factors relevant to our global society and global science tell us that we face challenges in the future that are unprecedented in human history.  The requirement to manage resources and scientific progress from a non-greed driven position is relevant to our survival as free and successful human beings.  Our growth in population means we must learn how to live on this planet in a way that is supportable beyond a few decades and without paradigm shift it is hard to imagine that happening.  What it means is that we need radical change in our collective vision of how we move forward as a race.

For thousands of years human society has been on a progressive march toward developing an understanding of the natural world as well as exploring societal constructs because resource management is essential to survival. Until the advent of America the world’s societies mostly endured feudalism excepting for tribal societies which almost universally function based on a paradigm where every individual has a role, a job, and where purpose is derived from those things. The American vision provided a middle ground between those two paradigms.. . one where individuals could pursue their welfare and benefit through their own hard work and self-application. And one where that freedom was not limited or hindered by an authoritarian class.

America is known as the great ‘melting pot’ where individuals of various cultural or socioeconomic diversities would come together and become ‘one’ body. And this thing must be seen for what it is… an historic anomaly. Typically, when people of diverse cultures or backgrounds come together and attempt to share common space there is conflict and bigotry and strife. What thing extant in the American paradigm permitted this ‘melting pot’ phenomenon? Understanding what permitted this provides not only an answer to the question but provides a lens into what is wrong in America today and what must be true for the entire world to find peace and benevolence.

What is unique about America’s history is its purpose for existence. And its purpose for existence can be stated simply… to permit human beings to believe in God, to exercise their faith freely, and to live by that standard without opposition. And for about 200 years of our 248-year history that is exactly what was true about America. The benevolence and love of Christian ethics drove the visions of greatness and ‘manifest destiny’ that caused America to rapidly grow to be the most powerful nation on earth and a leader among nations. What was true about America culturally and in reality, is that two main drivers existed in the American scene… prosperity and virtue. Prosperity means more than just the ability to become wealthy… it means the ability to make something of oneself by one’s own effort. And virtue is the character that says… ‘everyone must be afforded the same opportunity’.

In the 1960s we began to abandon those qualities in our cultural ethic.  We turned away from God and as a parallel we turned away from the notion that prosperity was a common promise in America.  The nuclear family began to be eroded and the ‘me’ generation sprang to life.  Fathers and Mothers, more concerned with the pursuit of their own happiness, acquiesced to the compromise of their children, imagining that one parent is enough… imagining that being reared in day care environments was sufficient, and believing that we were intelligent enough and ‘advanced’ enough to make it work out just fine.  Now we live in an era where children walk into schools and murder other children at random and we point the finger at everything under the sun except at where the guilt actually lies.  We murder millions of unborn babies and imagine that there’s no cultural ethic being stated in the doing.  We adore violence… we relish in the scandals and dirt… we indulge in drug abuse, alcohol abuse and worse… and we tell ourselves that someone else is the reason for the condition of the world.  And this madness that we’ve resigned ourselves to is leading us to slavery and delusion and outright insanity on every front.  There are no righteous institutions… no heroes in our sight… and we are suspicious and critical of everything.  The hole keeps getting deeper and deeper and our answer is to keep digging.

But what is also true about human beings is that the pendulum swings both ways.  And as we see the depravity of our situation we begin to look for solutions and change.  In our present state we have great opportunity… if we will see it and move on the vision of it.  What is often required for change is for those quickest to see the need for it to come together and lead the way.  And so we come to the point of this essay… The American Patriot Union.  This term has been coined as such for a reason.  Two parts make it up… ‘American Patriot’.. and ‘Union’.  It could be called many things… and the term or title is not so significant as the vision it represents.  By ‘American Patriot’ I refer to those who understand the ethic described above in the paradigm of prosperity and virtue that founded this country.  And by Union I mean the mechanism whereby individuals aggregate to become a powerful force for change through their collective strength.  This is what America is dying for… and it is the only thing that can save and restore America to prosperity and virtue.

The beginning of this American Patriot Union happens when individuals so driven by their passion for goodness and virtue recognize the need to manifest, as an organization, the ideals and right solutions derived from ‘common sense’ (a thing not so common any longer). It so happens at this moment in history that we’ve been provided a vehicle that permits the assembly of such a movement despite separation by distance. We have the ability to communicate with each other no matter where we are on the planet and to assemble though social networking environments and work together as if we were in the same geographic location. Distance no longer separates us. We can come together in a common environment and work together without hindrance. And this vehicle of social networking can be tailored to suit our needs in terms of providing the tools and facilities needed to pool our resources and direct them at any target…any problem… any issue that we collectively see is necessary.

So… what do we need to become this powerful agency for restoration and innovation? We have what we need morally if we are American Patriots in the sense I’ve described. And the only other thing we need is the vehicle wherein we can assemble and work together. And that is what we are building in our website at www.AUAT.org. Americans United Against Tyranny (AUAT) is the non-profit organization working to build an American Patriot Union. Right now our website is rudimentary, but we are working to add a social networking environment equipped with the tools and facilities needed to make American Patriots a powerful force and a movement for building something wonderful and so desperately needed in America today. The most powerful things we can bring to the American People are ‘love’ and ‘hope’. Through uniting behind a common agenda to fight evil and manifest goodness we can begin to be a magnet that will draw millions of good Americans together in a movement of hope and purpose. And when millions of people come together with a purpose that is righteous… miracles happen!

We can give a voice to the voiceless millions who, like us, are frustrated and desperate to see America move in a new direction and restore the values of prosperity and virtue.  We can stand together and fight the evil forces that seek to destroy what we love.  We can heal our families and restore faith and the promise of a purpose driven life.  We can see rebirth in America.  We must stand together… we must believe in each other… we must love goodness and right more than our own lives and fight for them to be revived!  Please join the American Patriot Union and be a part of this miracle in the making!!