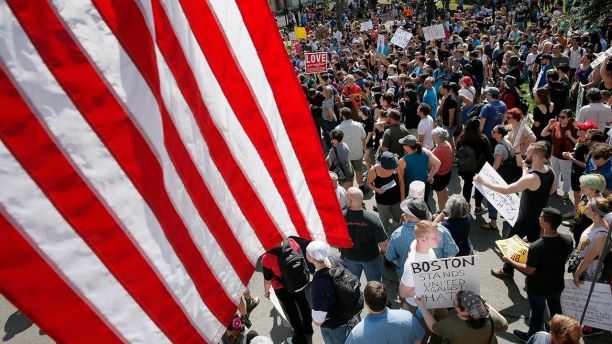 The Right To Assemble

The Right to Assemble is guaranteed by the First Amendment and on Wednesday January 6th DC will see that right exercised. The founders included that right because they saw the necessity for people to rally, to make appearances at protests and not be stopped by authority from doing so. It's a part of free speech. But the right to assemble goes beyond gatherings to protest. It means the ability for people to aggregate in political action groups... such as the Patriot Union... to stand behind an agenda and demand redress of grievances. America is now much bigger than 13 colonies... it is 3.3 million square miles. And today people have lives and demands and families and jobs that keep them from showing up at a common location and making an extended stand demanding redress of grievances. I support rallies and protests. But I also am clear on the fact that people need to 'assemble' in a way that allows them to employ their aggregated power over time. Large rallies and protests make a statement... but that statement fades with the passing of time. The fact that potentially millions of people will arrive in DC day after tomorrow is a powerful thing and those in positions of power and authority should pay heed. But for that powerful thing to have longevity... a Patriot Union is needed.

Organizations like the NRA understand the requirement of longevity in the application of political power. With millions of members they exert significant force in lobbying for gun rights. But they are a single focus organization. The Patriot Union has a multifaceted agenda. It is the agenda to see the Constitutional authority restored in America. It's agenda has specific enumerated points,.. reform of the Press... reform of Education... ending corruption in government... immigration reform...etc. With millions of people standing together demanding reform on all the points of the APU agenda we will have a body of extraordinary political power constantly working to see that agenda fulfilled.

Nothing like the APU has ever existed in America and until recent history it really didn't need to.  Americans used to be fundamentally united on the basics of liberty and justice.  But that is no longer true.  Consequently the emergence of a Patriot Union is an imperative... America will not be restored without such a powerful movement manifest in the public sphere.  It is up to us to make it happen.