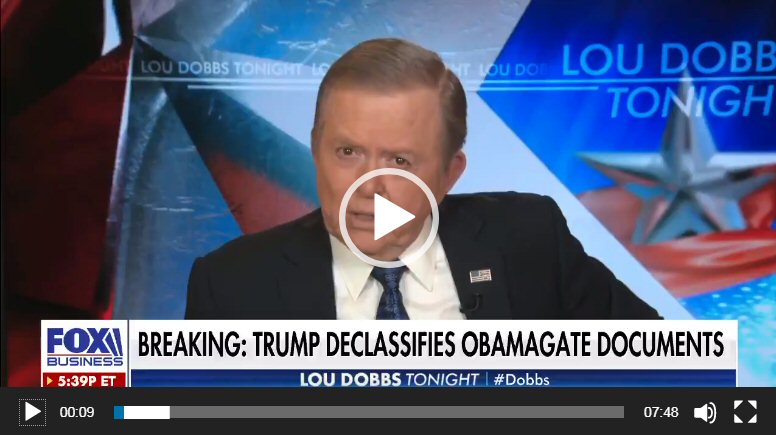 It Seems The World Is About To Change

Over the past weeks we have heard so much rumble about the declaration of Martial Law, Trump being banned from Twitter and other Social Networks, and the airwaves have literally been abuzz with speculation over many items in the news.  The 'riots' at the capitol, the death of a young patriotic woman, rumors that it was Antifa that fostered the violence... so much news and information that all seems so explosive that it's hard to fathom.

I founded this effort to build a Patriot Union because I have understood that sinister forces are at work to destroy America and to enslave us all. Those forces will continue to work in whatever manner they are able. But the events of the fraud committed in our November elections and the failure of many in our courts and our government to do anything about it has left many Americans with a sense of incredulity that so much evil could go unchecked. I am among them.

The interview I've linked here with Lou Dobbs seems to be confirming that all hell is about to break loose. It appears to be true that the very gears of our government are about to grind to a halt and massive upheaval will take place. I have had my fingers on the pulse of all of this for weeks... a thing that is the consequence of the numerous sources of information I've been tied into as a result of the decade of involvement I've engaged in, in the effort to build a Patriot Union. But what appears to be information can be disinformation. What appears to be legitimate can be propaganda. And I've seen that over and over the last 10 years. However, this interview with Dobbs is significant. Lou Dobbs is not an insignificant figure in the world of news broadcasting. He is credible and reliable.

We need to understand precisely what this interview is relaying and what it is not relaying. It is not declaring that Martial Law is about to be declared. It does not state that Biden's inauguration is not going forward. It doesn't portend that the wheels of government are about to grind to a halt. But it does make the clear statement that information is being released to the public that shows that Democrats have been engaged in a seditious conspiracy to unseat the President... and Sedition is a Federal crime that is punishable by 20 years in prison. The question of what emerges from this remains to be seen. It may be an indication that much more serious events are about to unfold... and it may simply be another page in the story of how corrupt our government is and how serious we need to be about standing up and standing against it.

At this point someone may be asking why I am not fast to jump into the business of speculating about all of this... why don't I have optimism that this hell is about to be caged. There are several answers to that. First, I am clear that, should Trump take the kind of severe action that would be necessary to undo this fraudulent election, it would effectively throw this country into a state of affairs that the country has never faced. It will produce a Constitutional crisis unlike anything in our history. The very balance of power between the three branches of government will be upended. Why? Because the Democrats have controlled the House of Representatives... the 'People's House'... and they have been participant in this sinister effort to have a duly elected President removed from office. Simply conducting the investigation into that affair means subpoenas for the private information of the House Speaker, Pelosi, and many others in Congress. So Congress grinds to a halt while that matter is being investigated. And it means a reexamination of the Mueller investigation, the Quid Pro Quo impeachment, and so much more that has dominated the process of government for the past 4 years. How does the business of government continue while this process unfolds? No one knows the answer to that question because we've never been in such a situation before. And if the investigation proceeds as it should, it means that many actors in and out of our government would be arrested and tried, for Sedition... but indeed, in some cases, for Treason. And all the while this is going on... what do you suppose is happening in the public sphere? I'll tell you that the chaos and violence that will erupt will be extraordinary! America will be in chaos! I have a clear picture of what this will mean to daily life for millions of Americans, and I haven't even addressed the issues of how it will effect our economy and commerce globally. No one should think this is a simple process or imagine that it will not directly touch them and their families.

So, knowing how dramatically this would effect our lives and America's position in the world I am reluctant to see it as a thing that just happens so easily. And because of that I have a very difficult time imagining it will proceed as many believe it will. Many are quick to say, 'Arrest the criminals and try them!'... and while, in truth, that is what justice would demand, our situation and our world is far more complex than that. If it happens... if the election is overturned... if these criminals are arrested and tried... America will be changed forever.... and the world along with it. Because our engagement with the world will be reshaped... global economy re-examined... and so much more.

The last thing I want to say is this. I take my credibility very serious. I am trying to build something that will change the way that America is governed. If you haven't seen that yet in the understanding of what the American Patriot Union is about, you need to. This is not just about setting up a means for us to fight evil and regain control of our government. It's about establishing a new paradigm of governance... about realizing the founder's vision of government of, by and for the people. Because while the events unfolding may wreck the grip of evil in the status quo of contemporary American government... there is still the question of how to keep America on track as we move forward. The machine we are building in the APU is intended to do several things that will keep America on track. First, it's about restoring the proper relationship between the government and the governed where the governed are in control. Second, it's about seeing the People elevated in knowledge and sense of duty so that all Americans become true Americans and are constantly invested in being responsible citizens that are doing the job only they can do. And third, it's about establishing a mode of citizenship that permits the first two things to happen in perpetuity. It is hard to see how what we're building accomplishes all of that from where we are right now. But, the point is, for me to have any hope of succeeding in doing this monumental thing... I have to be credible. People have to have confidence in me, that I am sincere and that I am trustworthy and that I am reliable in what I report. My father used to say, 'All a man has is his word. If he loses that he loses everything.' My dad was right.

I will report what I know to be true. I will tell you when I am unsure about something. I will admit when I just do not know. Your confidence in me and in this effort demands nothing less. And my earnest prayer is always that God will give me wisdom and vision to do the thing He has asked me to do.