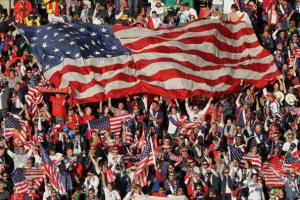 Prospectus For Building A Patriot Union

Prospectus for rapidly building the American Patriot Union to Millions of Members in One Year.

‍'Without A Vision The People Perish'

The Vision of the Patriot Union‍.

It is imperative that the millions of now voiceless American Patriots become a dominant voice in the American dialogue. Countering the Leftist and Secular Humanist propaganda and disinformation that floods the mainstream media is critical to providing definition to the debate. Faith,Family and Prosperity must be restored as key elements of the national dialogue for America to survive and exist in perpetuity. The rapidly advancing agenda of evil now being forwarded by the Left threatens the fabric of fundamental God given rights as it is assaulting the American argument on all fronts. And this antithetical movement of the organized Left is entrenched in our government,empowered by massive resources and working fastidiously to overwhelm and subjugate through populism. To that end it is imperative that millions of American Patriots, Christian Conservatives, and Constitutionally grounded individuals join together and form a Patriot Union.

Building the Patriot Union as an aggregate of millions is the first and most important step in changing the paradigm of contemporary America and changing the direction of the political stream. When millions of Americans join together, united behind a basic agenda of reform, it will be a catalyst for change in many arenas. The very manifestation of an American Patriot Union, tens of millions of members strong, focused on this agenda of enumerated points of reform will provide the following:

1. A platform for the presentation of the American argument of virtue and moral right as the essential imperative for Liberty and Justice.

2. A Counterpoint to the Leftist agenda.

3. Political capital to those working for reform in our governments.

4. Organization, coordination, and resource sharing between various patriotic efforts working on common points of the agenda.

5. A beacon of ‘Americanism’ to the general public, and as such, a driving source of information and education relating the American vision.

6. And possibly most importantly, a force of hope and confidence to the millions of Americans that are feeling dejected and frightened about the direction of our country.

As the Patriot Union emerges on the American Political scene the audience of the millions of Patriots brought together in one forum will provide the incentive for a cooperative relationship between the various Conservative and Christian leaders. The Patriot Union will be the catalyst for this greater unified and focused movement. The convergence of this leadership and audience of American Patriots will become a springboard for a peaceful revolution. And the revolution that will derive from the building of the Patriot Union can begin to perform the giant task of extinguishing the immoral argument of secular humanism and provide the necessary strength and force to bring about broad systemic reform such as is needed to set America right.

The Steps for Building the Patriot Union.‍

A. Build a Council of Faithful leaders united by the vision of the American Patriot Union.

Build a Council of Faithful Leaders…

God has always initiated reform through a calling together of the ‘remnant of the faithful’. Building a Patriot Union will require a coming together of resources, all of which are fully committed and one in the Spirit. These must be men and women that are dedicated to the Lord and mature in their faith. The power of the Patriot Union when fully realized will be a thing that can corrupt. And the essential quality of the Union, to be successful, is that it must be selfless, altruistic, and incorruptible. It cannot exist for profit or self-realization. It must literally be a symbol of the living God. It exists to serve… not be served.The challenges that will come to the Patriot Union’s leadership will be fierce and relentless. The enemy will understand what it is and why it is and what it can do and will bring the full force of evil against it. Therefore, there can be no single leader and as a council of leaders forms to guide it they must rely on each other and on God to guide them. All positions of significant leadership at all levels of the organization will need to be filled with men and women of faith that are devoted to humble and loving service. And the culture that is fostered will be one that follows Biblical mandates of confession, prayer, cooperation,reconciliation, and all the other ‘checks and balances’ that are part of the tenets of faith and the Way of Christ.

The website of the APU will become the driving force of all Union and Union related endeavors. The millions of members of the Union are its political force and such force is required to change the political and institutional paradigm that now exists in America. A full understanding of the purpose and function of the website is required to a full understanding of the vision of the APU. The website that is now almost complete can be considered as‘phase 2’ of the website as it provides a rudimentary example of the vision of the Patriot Union and its intended function. To fully develop the website,manage it, and fulfill all the functions that will derive from it, will require the building of the APU organization and both will require millions of dollars to operate. The 2nd phase of the website will serve to give its growing membership a good beginning understanding of the APU vision and begin to provide some of the resources that will serve the Patriot community in becoming an organized force for change. The social networking piece of this phase of the website will need to be developed out to provide the comprehensive tool that will produce the collective voice and deliver the collective force of the Union’s membership. The website will ultimately provide the polling functions,educational functions, coordinative functions, and all other required services that will drive the Union organization. The website will also become the primary method of generating the revenue that permits the Patriot Union to fund all aspects of the Union’s efforts in the fight for America. Developing this platform will take time and an effort involving many designers and technicians.But launching the website in its current state of development will provide the needed legitimacy and presence of a serious effort that supports the next phases of building the APU membership.

The driving spiritual elements of the movement are Faith,Family and Reform. The goal is virtue and prosperity as the foundation of a government of, by and for the people. These are the requirements for Liberty and Justice. In order to see the strength of the Patriot Union realized it must grow to have a membership of millions in a relatively short period of time. To achieve that growth we must conduct a nationwide advertising campaign utilizing Conservative and Christian broadcast media platforms as well as all well used Social media platforms including Facebook, YouTube, Twitter and Instagram.Promotional information videos and audio ad spots must be produced. Video presentations of the Union vision should be produced in 1 minute, 5 minute and 15-minute presentations that can be distributed across all platforms. Radio advertising on talk shows with large audiences must be widely utilized as well as 30 second and 1 minute TV ads. Additionally personal interviews on radio shows with large listening audiences should be established.

Parallel to this ad campaign a series of rallies and celebrations should be coordinated in major cities where large Conservative and Christian populations exist. These events will present a broad range of well known and respected figures and speakers in the Patriot community. The APU already has good connections and relationships with some of the best-known Patriot figures now working in America. Popular Patriotic entertainers will also perform at these events and all presentations will be focused on presenting the emergence of the Patriot Union as the movement that can save America. The events will also utilize the video presentations and endorsements secured through the ad campaign. We must seek the support and endorsements of popular Patriotic figures such as Sean Hannity, Rush Limbaugh, Mark Levin, Laura Ingraham and other talk show hosts that are well known. Additionally we will seek endorsements of popular Conservative political leaders both at the national level and from the State level in the States where the rallies are held.The process of building relationships with local Conservative and Christian leaders in the States where rallies are held has proven to be a strong process for developing the Patriot Union in that State so there is the derivative benefit of building the Union’s leadership organization. In every city where a rally or celebration event is staged we will also organize dinners and fundraising events with local civic leaders and leaders of initiative-based organizations. These events will provide a presentation of the vision of the Patriot Union and seek endorsements and financial support.

During and following these public events we will be engaged in the process of building the organization that will be the functioning apparatus of the APU. All of the details of this organizational piece will be developed based on the functional requirements of the website and the operations of the member agencies. The organization will be engaged in developing strategies to see key initiatives realized that are in line with the enumerated points of the Patriot Union agenda as it is defined in the APU Declaration of Purpose. Those enumerated areas of endeavor include:

5. Legitimacy in the Press

Some of the organizational functions to drive these agenda items include:

All of these functions will be part of the regular business of the APU organization as we work together with member agencies to see them realized.

This is what I believe must be done to see the manifestation of a powerful American Patriot Union.  This is a general overview of the steps I think we must undertake to build the Union membership and establish the public presence of the APU.  However, it is certain that as this movement grows to prominence the path will change and develop.  This is also why the leadership and support of this effort must be strongly united by faith and a common vision.  The vision of the APU is grand and its scope of involvement is comprehensive.  But that is what is required to stand against the organized Left and the movement of evil that is overwhelming our culture andour government.  American Christian Patriots and Conservatives must emerge in the American dialogue and become a dominant voice guiding the future of this country.  Ultimately the ambition of this effort is to, by example, and through education and the stimulation of dialogue and the provision of service,be a beacon of Americanism that guides America back to the ideals and virtues that founded it.