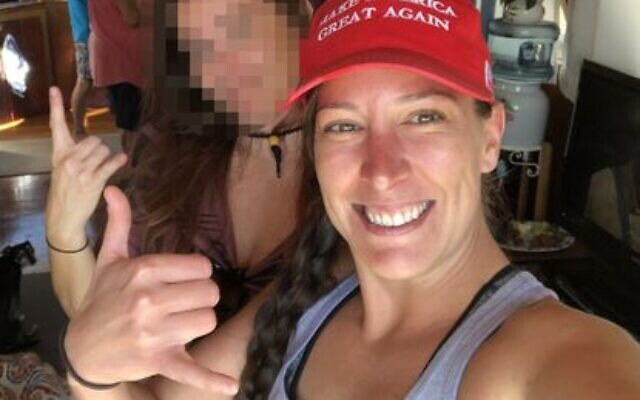 These two names along with 3 others that died yesterday in DC will be remembered in history as heroes that gave everything for America.  And we all know that the list will not end there.  The way this story is being covered by the mainstream news media is infuriating.  Even more infuriating is the way that so many Americans, blind to the truth, are accepting the lies.  The last line in the article I've linked says, "GOP lawmakers also condemned the violence, with many describing the actions as “un-American.” "  What is more American than citizens standing against tyranny?

If you read the Patriot Union's Declaration of Purpose (https://www.auat.org/info/declaration) you will see that what is stated there defines the point that the Federal Government, as Ronald Reagan said, "Is the problem". When Trump was elected it was a declaration by American Patriots that the status quo was no longer acceptable. 'Drain The Swamp' was the battle cry and our intention in it was to make our voices heard that we had no intention of permitting a corrupt Federal Government to continue marching us down the road to tyranny.

Ashli Babbitt stated on social media “Nothing will stop us…. they can try and try and try but the storm is here and it is descending upon DC in less than 24 hours….dark to light.”  There are tens of millions of American Patriots that are united with her in that announcement.  LaVoy Finicum, a Christian Patriot and a rancher, joined together with the Bundys in their stand against Federal tyranny as the Bureau of Land Management trampled their rights and their livelihood with oppressive measures.  LaVoy paid the ultimate price for his determination to stand against the Federal Government when he was murdered in a gauntlet, under a hail of gunfire, as he courageously drew that gunfire away from the vehicle where his family and friends remained.  (The Finicum Family and the organization they founded are friends of the American Patriot Union and an affiliated organization. You can learn more about their effort on our website at https://www.auat.org/affiliates/one-cowboys-stand-for-america)

Desperation and frustration drives good people to do what both Ashli and LaVoy did.  And this morning millions of Americans are desperate and frustrated.  I pray that we will not see more loss of life but I am certain we will.  I started this effort to build a Patriot Union because I not only empathize with the millions that feel as I do... but because I know that for us to win this battle we must have power.  If we stand against them alone... or even with small numbers of our fellows... they will kill us and then lie about us to demonize and marginalize us.  It is only if we can gather the collective power of the millions of us that are united in spirit and wield that power in effective and forceful ways that we can change the direction of America... that we can wrest the power out of the hands of those that would so arrogantly dismiss and condemn our most patriotic views and our love for liberty and justice.  We must become such a force.