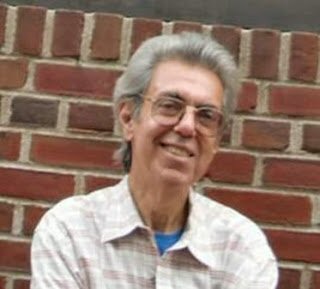 The headline of today’s New York Post is, “STOP THE INSANITY”. It is just another surrender that we must avoid at all costs. What the hell is wrong with these cowards?? How many times must we say it? It is not Trump but Joe Biden that actually lost. We are being told that if our President does not come to the realization that he lost he would be in danger of losing his legacy. It would be especially so if in the runoff in Georgia the PARTY OF HATE defeats the GOP. I have news for them. The GOP will lose. That is a certainty. Can they get it through their thick skulls that we still have nothing in place in this runoff to ensure ELECTION INTEGRITY? I would be a tad shocked if on January 5 either Loeffler or Purdue has a shot at winning for the PARTY OF HATE will do what is best and that is cheating.

The Post insists that for Trump to go down the road he is taking is simply ruinous. If our President did otherwise let there be no mistaking that the harm he’d be doing would no doubt be dangerous. I say that we cannot fall prey to the evil that the Democrats pose with their criminality in their lust for unbridled power. It is utterly APPALLING how they make the Republicans cower. This is a fight that must be won. There cannot be any type of surrender. Everything on January 6 is in place to right the wrong that has been done. I, for one, believe that on that day Vice President Pense can oversee a correction that can save this country from utter ruination by disallowing electors from the swing states that are in question. This would not be a ‘coup’ as the Post claims it would be. Our President has rightly won his re-election.

If this fails the PARTY OF HATE will have succeeded in doing what they have tried to do since the very beginning, to write Donald Trump off as a one-term aberration. There is far too much at stake for our beloved America to consider abject surrender as an option. But here we have a newspaper in the New York Post that has been a strong supporter of this President throughout his presidency and now they turn their back on him in his hour of need. It is a surrender that surely comes unexpectedly. Why now? It is a question that you may be asking for a week from tomorrow we need a unified front. The last thing we need to see is more surrendering. We, the political base of our President, unlike the cowards that populate this Republican Party, will not in any way tolerate the blatant criminality that has poisoned this year’s election. Our support for Donald Trump is unwavering. It is palpable. It is real. We will fight the PARTY OF HATE with all of our might and hold them accountable. We will STOP THE STEAL.